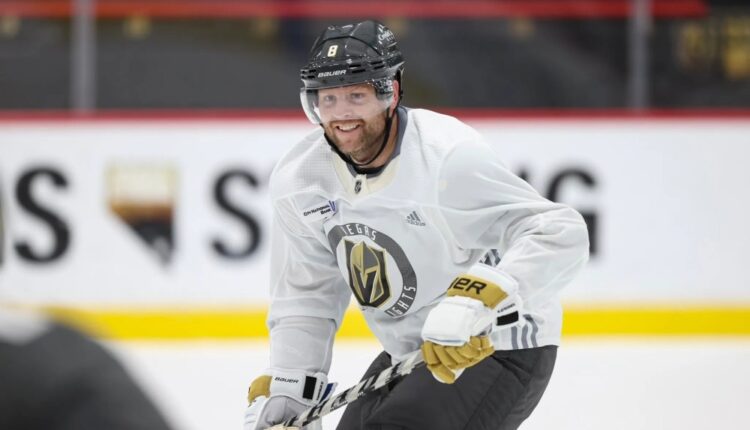 
Phil Kessel has arrived in Vegas, while the Columbus Blue Jackets are trying to dial down the pressure on prized free agent acquisition Johnny Gaudreau. In NHL news, the St. Louis Blues signed Jordan Kyrou to a long-term, big-money extension. The Vancouver Canucks got after it with an informal scrimmage on Tuesday, and emerging star Elias Pettersson admitted feeling like two different players last season. Our brand new Montreal Canadiens rock star Marc Dumont says Nick Suzuki is the perfect choice as the new Montreal Canadiens captain. The Evander Kane vs. Matthew Tkachuk feud is still going, and we check the potentially new Pittsburgh Penguins defense pairs.

Greetings from Wellsboro, Pa. It’s become my favorite intermediate road trip. It’s a gorgeous little town with some very good restaurants (I had a great steak with a good cab-sav last night. The total cost was less than $35. Love them small-town prices!) If you want to see more pictures, I posted a few more on Twitter. The small town in the middle of nowhere, at the base of the mountains, fascinates me. What must life be like in a small town like that? An ice cream shop, a gas station, three churches, a pizza place, and about 500 people? But picturesque!

I also found a 1941 Ford coupe. A 302. Hoosier tires. $5000. But my business partner said I would be nuts to make it the Sports Now Groups mascot vehicle to park outside sporting events with our logos all over it. He doesn’t do PR. I still might do it!

And more site news. We have THREE new National Hockey Now sites set to launch. Announcements are forthcoming. We’ve agreed to terms with the writers, but we need the teams to agree to credentialing at this later stage of the game. Two we’re sure about, one…well, let’s hope 16 other professional outlets and millions of readers are enough to overcome our short life span.

Hockey season begins tomorrow. I’ll be there with bells on.

Pittsburgh Hockey Now: If Brian Dumoulin continues to decline, the Penguins coaches will need an answer. They can’t go through an entire season like the last couple of months of 2022. That could lead to some interesting top pairings for the Pittsburgh Penguins.

SN+: Who could the Steelers sign at OLB after T.J. Watt’s injury? Nick Farabaugh has a few names for the Steelers.

There are eight new stories about the Steelers’ win and the week ahead on SteelersNow.com. A stat unpack of Mitch Trubisky, the run defense, and updates from around the league including why Dallas won’t need Mason Rudolph. The site is almost TOO good. Check out our Steelers news.

Pittsburgh Baseball Now: Wow. Luis Ortiz made an impression in his major-league debut. Pitches OVER 99mph. Allowed one hit. The Pirates…won?! The Pittsburgh Pirates won!

Vegas Hockey Now: He has arrived. Get the pictures and full story — One of the most interesting players in the NHL, Phil Kessel, arrived to skate with the Vegas Golden Knights.

Philly Hockey Now: Cam Atkinson calls “Torts Camp” torture but says it will build a brotherhood for the Philadelphia Flyers.

Colorado Hockey Now: Three cheers for Pavel Francouz. He called the war in Ukraine a disaster and stayed away from his native Russia this summer for fear of being detained. No word on when Evan Rodrigues will arrive in Colorado — Full Colorado Avalanche notebook.

Washington Hockey Now: Matthew Tkachuk vs. Evander Kane. The latter is still jawing at the former, and he didn’t hold back.

TSN: Johnny Gaudreau is the biggest free agent get in the history of the Columbus Blue Jackets, but head coach Brad Larsen is trying to cool everyone’s jets, “he is not the savior” for the Blue Jackets.

Like it or not, he is. However, you appreciate the coach taking some heat off.

Vancouver Hockey Now: The boys decided to scrimmage in their unofficial practice. Elias Pettersson said he didn’t go on vacation. He didn’t mess around this summer. It was all business because he was not good enough last season. There’s a new attitude with Jim Rutherford’s Vancouver Canucks.

From the Cavinder twins to Kendric Davis, the transfers who should cash in big in college basketball

Dana White sounds off on Brendan Schaub’s comments about UFC 279: “You know how f**king stupid you have to be to even think something like that”

Steelers Talked ‘A Lot’ About Getting…

Will Patriots QB Mac Jones return to his rookie…

Morning Report: Daniel Cormier says he ‘would do…